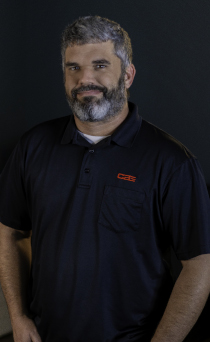 Matt joined the CBE Team in 2013 after graduating at the top of his class at ITT. Matt began as a helpdesk technician and quickly advanced to a leadership role in CBE’s First Response Center. As CBE continued growing its managed services base, Matt took on additional duties and helped propel our managed IT services offerings to what it is today. Due to his success, Matt is often called upon by peers in our industry to offer helpful guidance to these non-competing businesses. Matt is married to his wife Amanda, and they have one daughter, who is following in her dad’s footsteps of being in the top of her class. Matt and family enjoy camping, and all things “outdoors”. Matt is the technical director of his church, Oak Baptist Church.