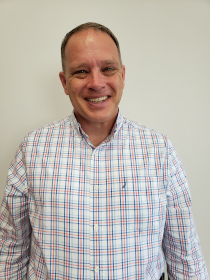 Bryan grew up in Blythewood SC and graduated from Midlands Institute of Technology and the University of South Carolina. Bryan began his career at CBE in 2008 as a sales consultant. He quickly emerged as a top producer on the team until 2013. Ultimately, Bryan transitioned to a career in another industry for 7 years and excelled in management, sales, and ultimately at a national position in Precision Door’s Corporate office. In December 2019, Bryan returned to CBE to develop and open the South Charlotte office. When CBE expanded in the upstate in early 2020, management needs changed so Bryan transitioned again in major account leadership and ultimately assuming the role of Sales Manager in Columbia in 2021.

When Bryan’s not working at CBE, you can likely find him either with his family, at his church, or outdoors. Bryan’s been married to his wife Theresa since 1993 and has two amazing grown children – Zach 22 and Megan 20. Bryan serves and worships at GraceLife Church in Northeast Columbia since 2016. Bryans serves on their host team as a trainer for new team members. When Bryan’s not with his family of church, you can likely find him outdoors doing something. He’s an avid marathoner and leads a men’s running community group. Bryan also enjoys hunting, camping, and cycling. Since 1980, Bryan has served Boy Scout Troop 224 in Blythewood and is an Eagle Scout and Vigil Honor Member.