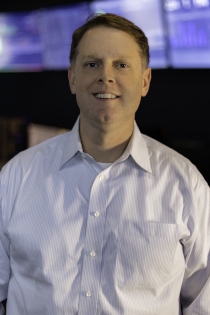 Andrew Eckstrom began working part-time at CBE when he was still in college at the University of South Carolina. After graduating in 2003, he launched his career with the company as a Junior Sales Consultant. He was promoted to Sales Team Manager in 2007, gaining the responsibility of mentoring and supporting the sales team, and in October 2011, he became Sales Manager.

Andrew is married and loves being a dad to his three boys. Some of his favorite activities are spending time with his family and friends, listening to good music, and cheering on the Gamecocks. He enjoys participating in multiple areas of ministry at Northeast Presbyterian Church, particularly NEPC's contemporary worship band, where he has been the lead vocalist since 2010. He is involved in the SCOA Cares Foundation, which helps provide assistance to uninsured and underinsured cancer patients, and has served the organization as its President since 2013. He and his wife are also active on the board for Young Life in the Columbia area. Andrew is a former President of the Columbia Lions Club and has served on the Board of Directors for the South Carolina Lions Charitable Services.