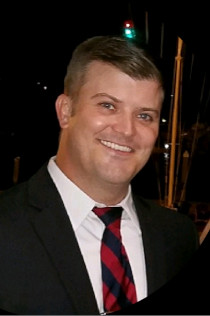 Aaron began his career as an Imaging Consultant with CBE in June of 2016. He quickly became one of the top producers for CBE and was promoted to the position of Sales Manager for the Charleston Office in January of 2021. He grew up in West Ashley and graduated from The Citadel in 2010. Aaron is on the Board of Directors for the Citadel Club of Charleston where he organizes and runs all of the football tailgates as well as many other activities throughout the year.

In his free time, Aaron enjoys golfing and spending time with his wife McEachern and their dog Charlie. He began coaching high school wrestling in 2012, and in 2016 he started a youth wrestling program in Charleston that he still runs today. Aaron and his wife attend Holy Trinity Windermere in James Island, SC.